Pentecost and the Resurrection of Jesus Christ are most intimately connected to you and to me!

Home / Evangelization / Pentecost and the Resurrection of Jesus Christ are most intimately connected to you and to me! 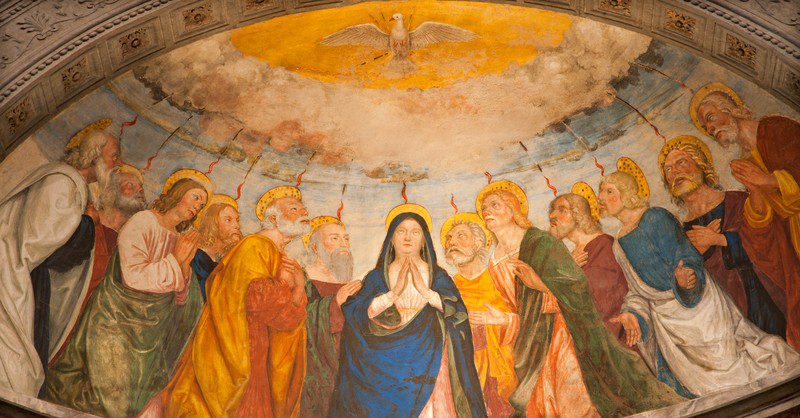 I have observed over the last few years that Pentecost is intimately connected to each of us who have chosen to really follow the Risen Jesus Christ. As the apostles and the first Christians truly became like-minded to the Risen Jesus Christ, they became the recipients of a plethora of gifts, talents, and charismas which most dramatically transformed each of them in unique ways. This grew into a very personal relationship with the Risen Jesus Christ. He became their greatest, most cherished and closest personal friend. Yes, each of the apostles changed from being a group of fearful, traumatized, weak, shameful and devastated people to a spirit-filled, courageous, and energized people now absolutely committed in a like-minded way to their God and their leader, the Risen Jesus Christ. This transformation became a “game changing forever event” (often referred to as the sacrament of Confirmation.) This empowered each of the apostles, and each member of the early church, to commence their unique and remarkable journey of evangelization. They were now filled with spiritual gifts including wisdom, understanding, counsel, fortitude, knowledge, piety, and fear of the Lord. This is often understood as a most unusual personal relationship with the Risen Jesus Christ.

The metaphor that comes to my mind is that of a great marathon like race that we partake in  such a way that the Risen Jesus Christ offers each of us the baton and as each person CHOOSES to accept the “baton“ from Jesus Christ there are two profound results.

Risen Christ. They also embrace the power, the inspiration, and the mission (Evangelization) for the first time understand the consistent assertiveness, confidence, courage, and perseverance of the Risen Jesus Christ. As all are filled with a quest for truth which permeates not only the inner environment/spirit of the person but the external outer environment and courageous behavior very much congruent with the apostles and early Christians who chose to accept for the first time the Risen Jesus Christ within themselves. They initially became first evangelized and fearlessly stepped out of their “comfort zone“. As each of them chose to do this they became empowered by the Metanoia (Greek meaning “deep and lasting conversion“) which most powerfully transformed each person “to go forth and evangelize the world”.

In this like-minded spirit early times of the early church in the persona of the apostles with the first Christians went forth into a world that was absolutely non-Christian. Our present world is barely 1/3 Christian and the vast majority of the world, 2/3 have not been introduced to Jesus Christ. Each of them went out of their “comfort zones“ to their mission. Peter traveled throughout the entire region of the holy land and eventually to Rome. Paul, the apostle to the Gentiles, went to Athens and found several churches along the Mediterranean and eventually also went to Rome. Andrew, one of the first apostles recruited by Jesus, evangelized along Asia Minor and eventually to Greece, Scotland, and Russia. Thomas traveled throughout what is now known as Afghanistan and eventually into India. James the greater made it all the way to Spain and ironically pilgrims today still walk the “Way of Saint James in Spain”. Philip travelled throughout what we know today as Turkey and evangelized many as Simon the zealot evangelized the people of Persia. All of the apostles, and most of the early Christians died as martyrs. Most notable as each of them, in their own way accepted the “baton”, they further grew in the like-mindedness of their leader, with whom they felt a great personal, everlasting, and genuine friendship with their Lord and God, the Risen Jesus Christ.

May I offer you the “baton”?